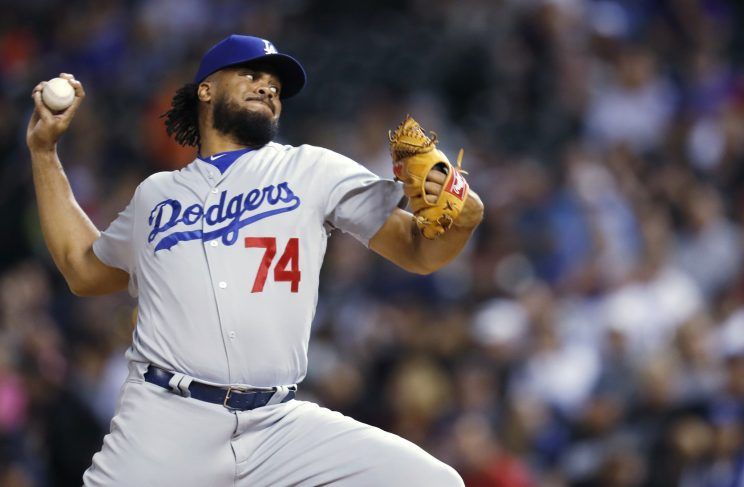 New seasons often lead to pretty extreme overreactions. Since 2016, it’s been even tougher to analyze the early months of the season due to the changing characteristics of the ball. In the case of Kenley Jansen, however, a troubling trend seems to have emerged. Since the end of the 2017 season, Jansen has not been the same guy. 2018 represented his work statistical year in terms of K%, BB%, ERA, Chase% and Whiff%. His patented cutter has led to his dominance since 2015 with some naming him baseball’s greatest reliever. The lack of success in 2018 has so far continued into this young season. Five of Jansen’s last six outings have resulted in opponents getting at least one run off of the big closer.

What led to the decline in 2018? Some say velocity on the cutter. Despite a near 1 mph drop in 2018 from 2017 levels, Jansen maintained the same BAA and average EV on his cutter. When he located the pitch where he wanted, it was as dominant as ever. Just ask Nick Martini.

That cutter was 91.3 mph according to Statcast. Location and actual movement on the pitch seem to matter more for Jansen, especially as his career progresses and as chase rates continue to climb across the league.

The real key for Jansen will likely be developing a secondary pitch as his velocity goes down. Here’s the good news for Dodgers fans: HE HAS ONE. He just doesn’t use it as much as he used to or as much as he should. Jansen’s slider is a truly elite pitch. It runs between 82-84 mph, a ~10 mph difference from his cutter. Over the past two years, the slider has been Jansen’s best whiff-inducing pitch – missing 57% (!) of bats in 2017.

As of April 22, Jansen had thrown seven sliders in 2019 out of 188 total pitches. If this trend continues through the season, it will be the lowest rate at which he has thrown sliders in his career. Garrett Hampson would love if Jansen would avoid the slider the rest of the season.

So would Lorenzo Cain.

In fact, just about every player in Major League Baseball would prefer to keep the slider away from Kenley’s good side as the last time he surrendered a home run off of the pitch was in July 2015. Home runs have recently been a thorn in Jansen’s side, and the slider would help to alleviate some of the issue. In order to keep his cutter elite and keep batters puzzled, more of a true pitch mix would likely help the closer return to the peak of baseball’s bullpen elite.