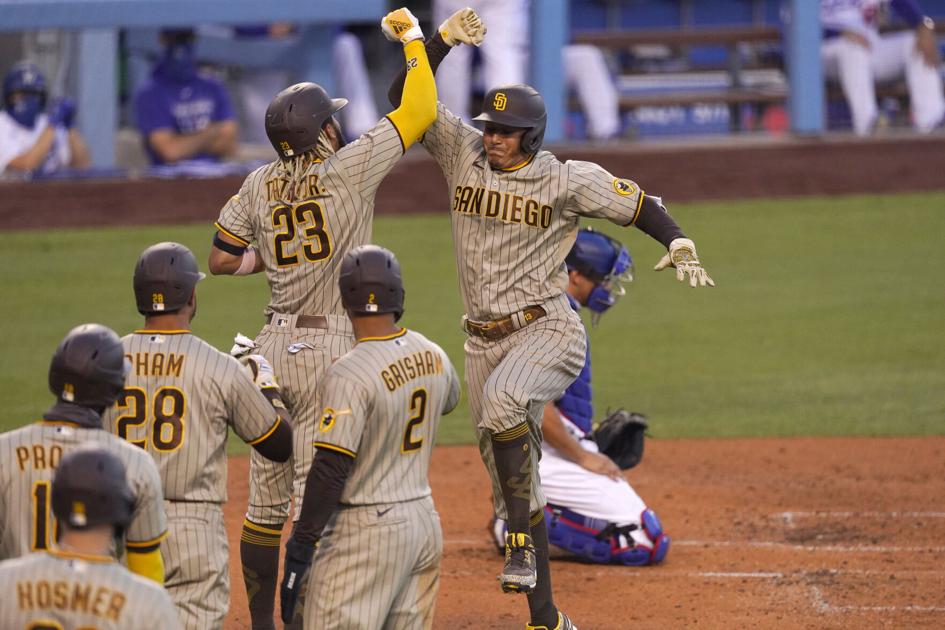 It’s no secret that Austin Hedges is absolutely atrocious at the plate. His career wOBA is .260 (MLB average = .321). In 2019, he set a personal record for K% at 31.4% of his at bats. As bad as he is at the plate, Hedges keeps a Major League job due to his incredible framing ability.

Hedges is aware of his inability to contribute offensively, so he (and some of his teammates) has tried to get on base in less “conventional” ways.

Safe to say that Chicken Strip left that chicken raw. But how does he and his team respond?

Hmm. Another Padres bunt. An even worse Dodgers defensive play. This trend isn’t looking too good for the Boys in Blue, so if you’re Fernando Tatis what do you do?

At this point the Padres may as well lay down bunt every pitch for the rest of the game at least until the Dodgers prove they can get someone out. Tatis eventually singled to right, loading the bases. Then comes Manny Machado. Other than his bunt in game 7 of the 2018 NLCS on a 3-2 count, I don’t think anyone has ever seen this guy bunt.

The Padres’ 3rd inning last night reintroduced the question: Is small ball dead? Should it be?

The Dodgers obviously did San Diego a major favor by playing subpar Little League defense on the two bunts; however, credit has to be given to Jayce Tingler, Austin Hedges, Jurickson Profar, and even Manny Machado for recognizing and taking advantage of an opportunity to catch Stripling and the Dodgers off guard.

Small ball may be “dead,” but it shouldn’t be. There is always a time to throw down a bunt; this game is all about creating runs. The Padres did that, and because of it, they created a win.